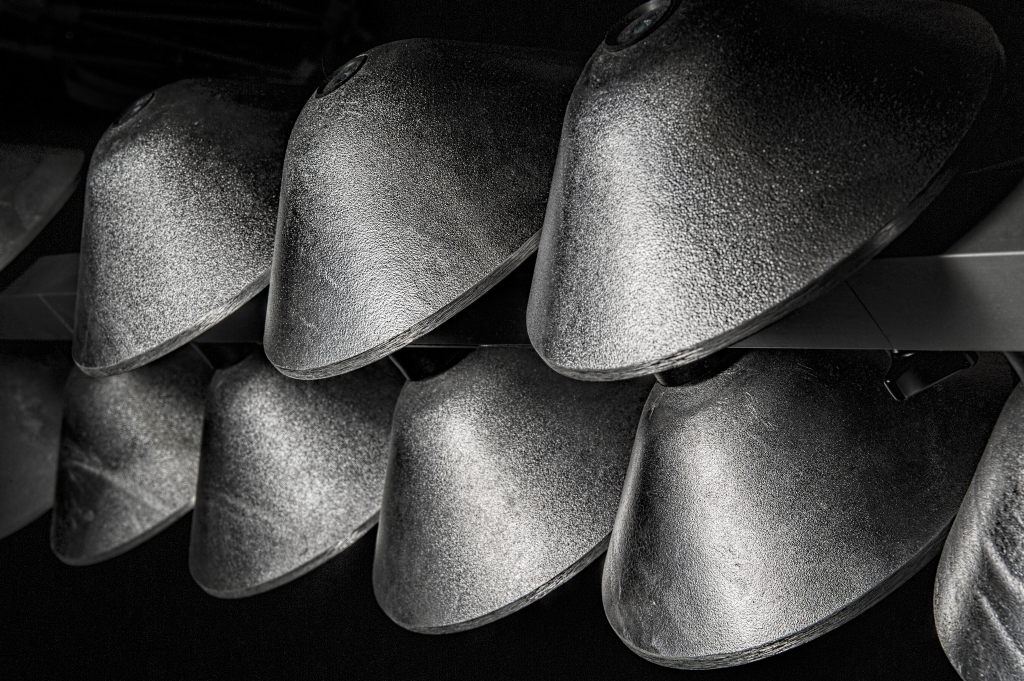 Last week  I met with Kai Steensgard and Michael Hansen. They are a dynamic duo who have created and built the Aluphone I used to perform the beautiful Caliban’s Dream to accompany the lighting of the flame at the London 2012 Olympics opening ceremony.

The instrument was conceived when Kai and Michael met at a trade fair. They got together following a friendly competitive exchange as they vied for each others customers!

Michael’s business involves the use of the aluminium cones to cap wooden posts and Kai is a Musician and they were on opposite stalls. Their friendly exchange led to curiosity about the sound the post caps would make if struck by a mallet – and an instrument idea was born!

They came to me with the prototype, which is the actual instrument I used in the ceremony. 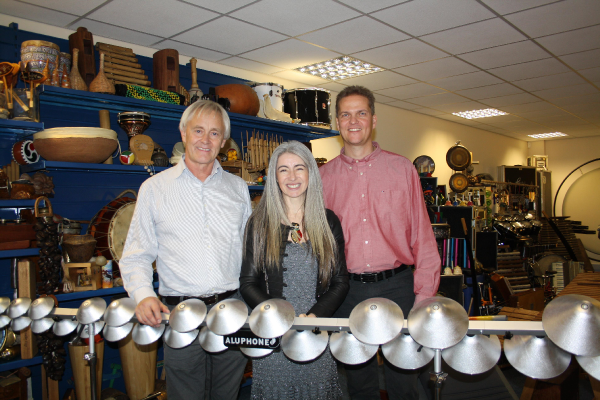 Since then we have shared ideas and concepts about this beautiful instrument and thus created several versions of the ‘Glennie Aluphone’, testament to the great working relationship between percussionists and instrument manufacturers to develop and improve our instruments.

When a new instrument is made I make it a priority to ensure composers are made aware about the prospect of creating compositions including the addition of exciting new sounds and this one is no exception!

My studio is often described as an Aladdin’s Cave! and I have shared many hours with composers exploring a huge range of sounds created on some of the many instruments I have in my collection.

You would be amazed how many different sounds can be created from just one instrument and I have always had a curiosity for wanting to try every surface even if it means turning the whole thing upside down! I still cannot resist the temptation to explore all avenues and have ended up in fits of giggles when composers join me for an afternoon of sound creation.

The attached image was taken at my offices with Kai and Michael, as you can see the Aluphone is a very impressive instrument and I am proud of the place it holds in my collection.