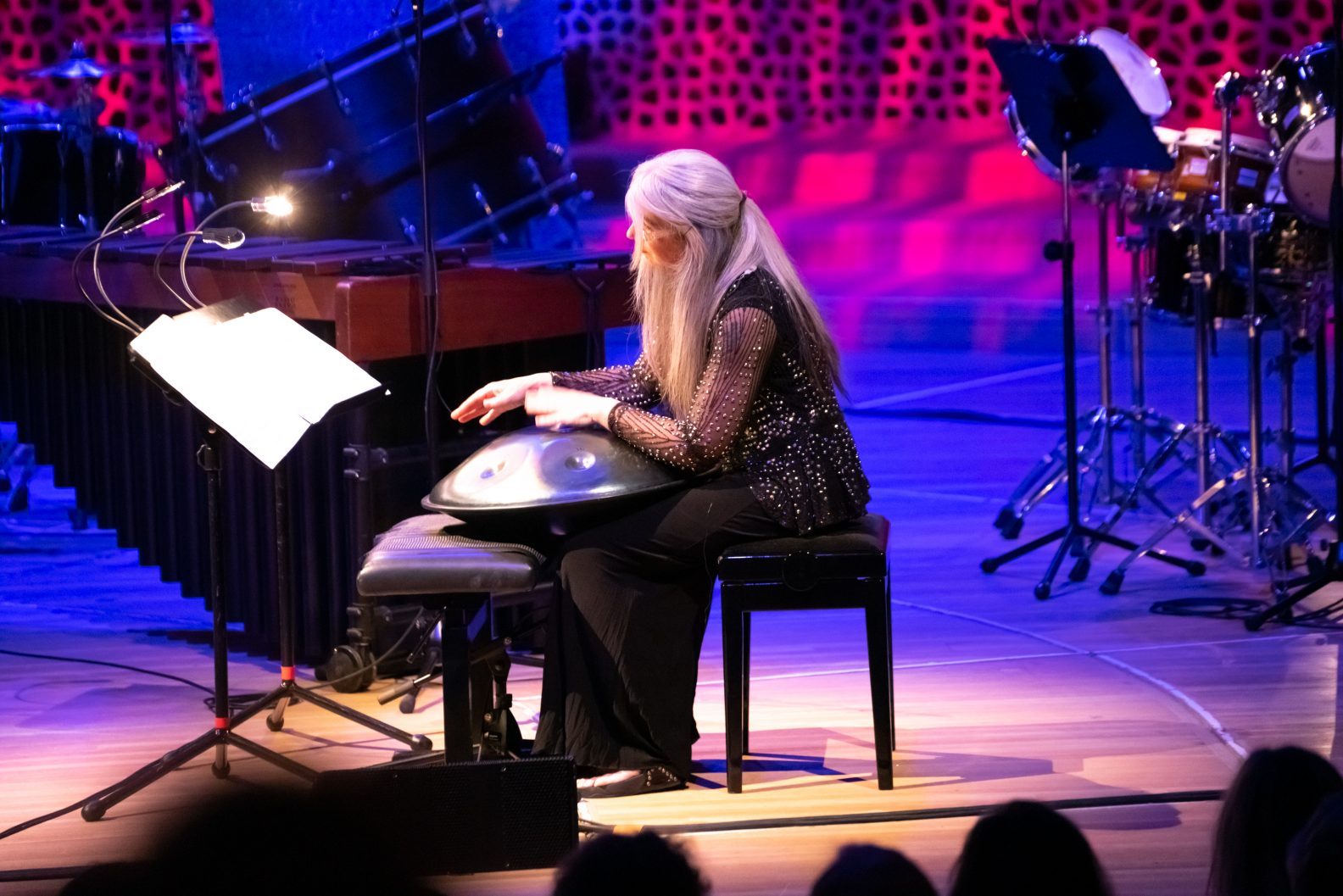 She likes music not just when it’s loud | Hamburger Abendblatt

“Hamburg. Even though her story has been told many times, you are always amazed anew: About the fact that Evelyn Glennie – this great musician and percussion pioneer – as a child almost lost her hearing. Glennie is almost deaf. Above all one may not believe that because she listens to such subtle nuances of her instruments.

In the Great Hall of the Elbphilharmonie – which looked more like a mysterious music cave in dim red light – Glennie began her performance with tones on the edge of silence. Like a shaman conjuring the magic of sound, the Briton with the long gray hair scraped and scratched the tam-tam whose murmurs and squeaks form the starting point for Keiko Abe’s “Prism Rhapsody”: A lively dialogue between the piano, played by her longtime partner pianist Philip Smith, and changing percussion sounds, with a focus on the marimba, which Glennie performed very virtuoso and sometimes with six mallets at the same time. Two steps more delicate: “Orologeria aureola” for tape and halo drum, an instrument that looks like a slightly dented wok pan and that under the bare hands of Glennie mutated into a cornucopia of intricate rhythms.

She does not like music just when it’s loud. But she can also let it crack when the drummer in James Keanes “Piece for Dance” lets crisp salvos crash down on the drums. Especially the attacks on the bass drum sent such beautiful booming waves into the hall which vibrated through the floor to the seats and tickled one’s midriff. Glorious.

Less glorious, at least for some of the listeners, came Steve Reich’s minimalist patience exercise, “Piano Phase,” which repeats a simple musical pattern on two instruments in a continuous loop, gradually shifting them against each other. There Glennie and Smith, now both at the piano, divided the audience into two vociferous factions: one that liked to dive into Reich’s rhythms and applauded vigorously, and the other that experienced all this as annoying nonsense and booed accordingly.

Glennie calmly took note of the split reactions and caught the mood with a sympathetic speech and a conciliatory finale.

“Views from Olympus” by John Psathas enchanted with sweet melodies and the gentle silvery splash of of the chimes at the end of a concert that had its particular strengths especially in the chamber music moments.”

The above article has been translated.