“THE SOUNDS TRULY DO RESONATE THROUGHOUT THE WHOLE BODY AND TOTALLY ENGULFS YOUR VERY BEING! THEY ARE SO UNUSUAL AND PRESENT WHEREBY THERE IS NO OPTION BUT TO LISTEN TO THE WHOLE RESONANCE OF EACH SOUND”

For years, half the magic of sound has been disregarded. Films and trailers have delivered gigantic hits in epic technicolour, but neglected the essence of percussion’s power: resonance. A real orchestral strike lives on long after the initial impact dies away — in reverberations that rumble, pierce, rattle, and sing. Those aftershocks have the power to thrill and terrify, lure and intrigue. And now they’re at your fingertips.

Built in collaboration with Dame Evelyn Glennie — one of history’s most influential percussionists — Resonate unlocks the other-worldly mystery, magic, and tension of orchestral percussion. Tuned and untuned instruments collide across fourteen signals, then spin out toward new frontiers of texture, tone, and dimension. There, hits, strikes, and spine-tingling scrapes give way to essential cinematic reverberations, captured at Hollywood’s most celebrated recording hall — AIR Studios.

Watch the full walk-through below:

Resonate complements traditional percussion libraries, but it also confronts them. It shakes them loose and sets them free. Rather than replicate common concert sounds or repeat overused trailer hits, Resonate explores and unlocks the boundless potential of orchestral percussion—from first strike to final reverberation.

The result is a treasury of sounds that bridges the gap between traditional and experimental scores. These instruments will help you bring your own brazen audacity to straight-ahead orchestral tracks, while simultaneously dialling up the epic on music that’s already uniquely yours. Use these sounds to conjure the strange new rhythms of sci-fi worlds, the propulsive rush of relentless thrillers, and the surreal passion of lives lived with full hearts.

To do so, you need only channel Evelyn Glennie’s ethic of percussion-without-preconceptions. Whereas other instrumental libraries help us realise the scores already in our heads, Resonate inspires us to discover those scores we could never dream up in silence. Rather than hit-then-hit, these instruments compel us to hit-then-listen—and make music out of the forgotten sounds left dancing on the air. 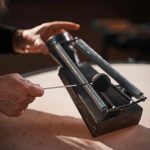 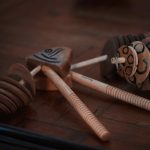 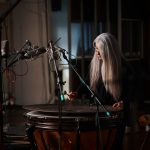 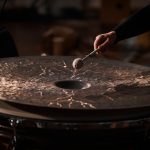 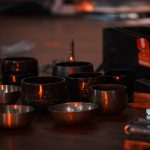 A barrel, a thundersheet, a water tank, and timpani—paired, stacked, struck, and bowed with many other co-resonating instruments to create an unparalleled collection of cinematic hits, scrapes, textures, and tones.

Launching these 49 techniques and pairings toward infinite layers of dimension, Resonate sends them down 14 possible signal paths—both organic and treated—and filters them through 6 possible after-effects. Its built-in Grid tool can then collaborate with you to discover and combine thousands of permutated sounds, creating a sonorous ensemble of endless inspiration. 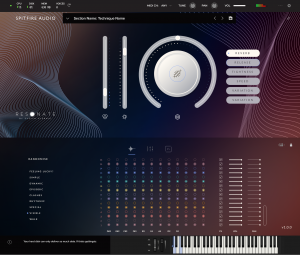 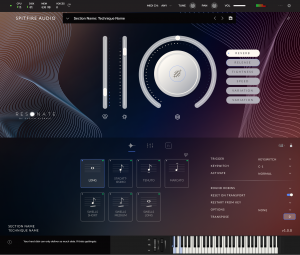 THE MAESTRO OF RESONANCE

For her, that training begins with percussive music—a field that she’s single-handedly reinvented, pioneering solo percussion worldwide, in concert, and across more than 40 albums. Playing with shoes off to access the full resonance of each instrument, Dame Evelyn chases the physical sensation of sound wherever it leads: to surprising strikes, strange instrument pairings, and uncanny, undiscovered tones.

The results are second to none. Dame Evelyn’s teaching, advocacy, and wild adventures in exploratory percussion have earned her 2 Grammys, a BAFTA nomination, an OBE, the Polar Music Prize, the Companion of Honour, and more than a hundred other international awards. And now, with Resonate, she’s bottling up the most wondrous innovations of inquisitive musicianship, and delivering them to composers everywhere.

There are no reviews yet.

Only logged in customers who have purchased this product may leave a review.