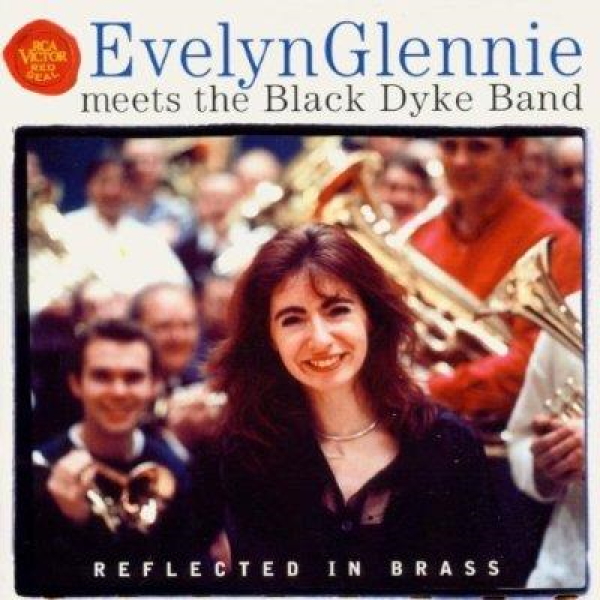 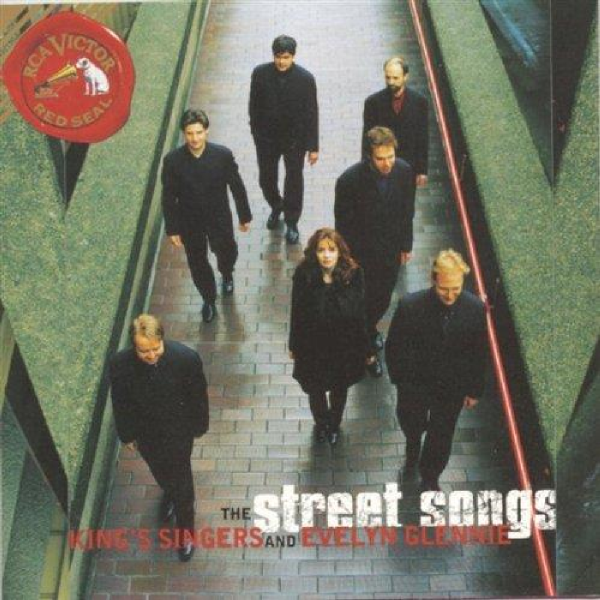 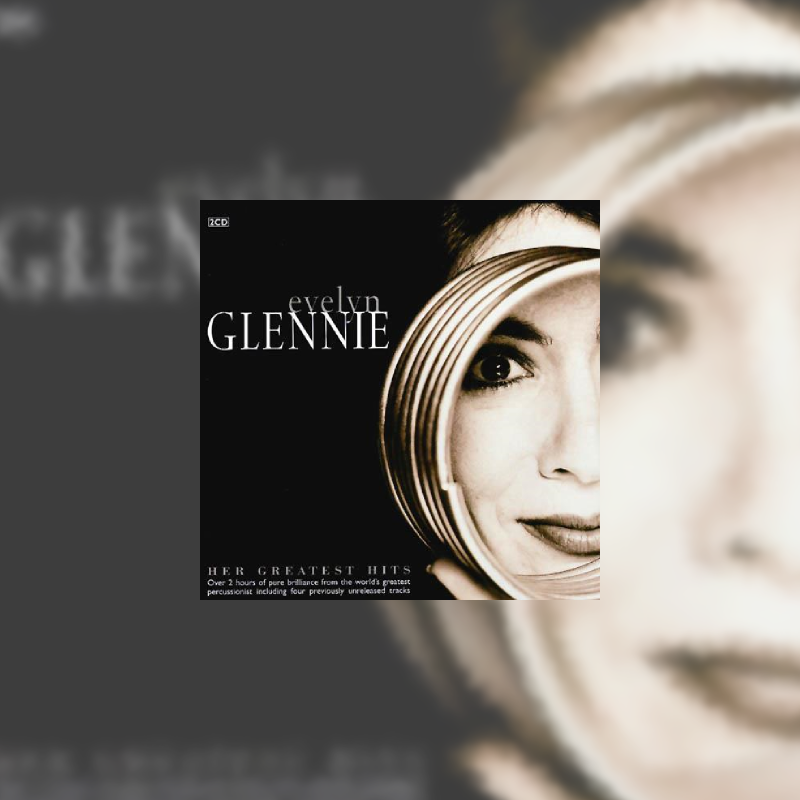 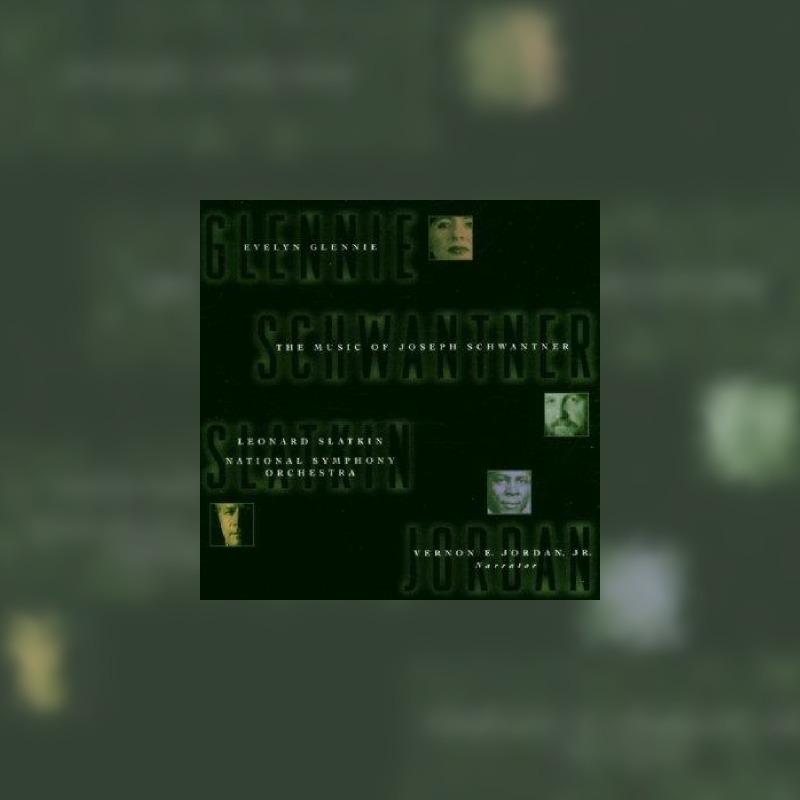 The Music of Joseph Schwantner

About
Schwantner’s percussion concerto has an anniversary and a memorial context. The New York Philharmonic commissioned the work in celebration of its 150th anniversary. At the time he was profoundly saddened by the death of fellow composer Stephen Albert, who had a strong connection with the National Symphony Orchestra, who appears on this recording. The soloist is required to command 20 different instruments across three movements. Velocities, meanwhile, which Schwantner describes as a moto perpetuo for solo marimba, focusses the performer’s efforts on one instrument. The result is no less kaleidoscopic!
Repertoire
Schwantner: Velocities
Schwantner: Concerto for Percussion and Orchestra
Schwantner: New Morning for the World: “Daybreak of Freedom”
Performers
Solo Percussion: Evelyn Glennie
Conductor: Leonard Slatkin
National Symphony Orchestra 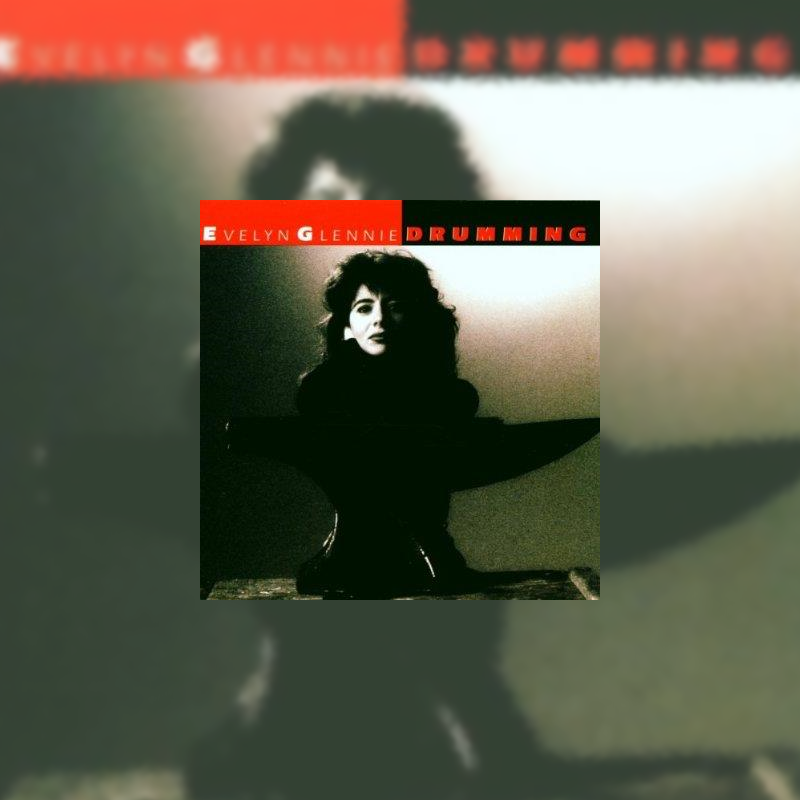 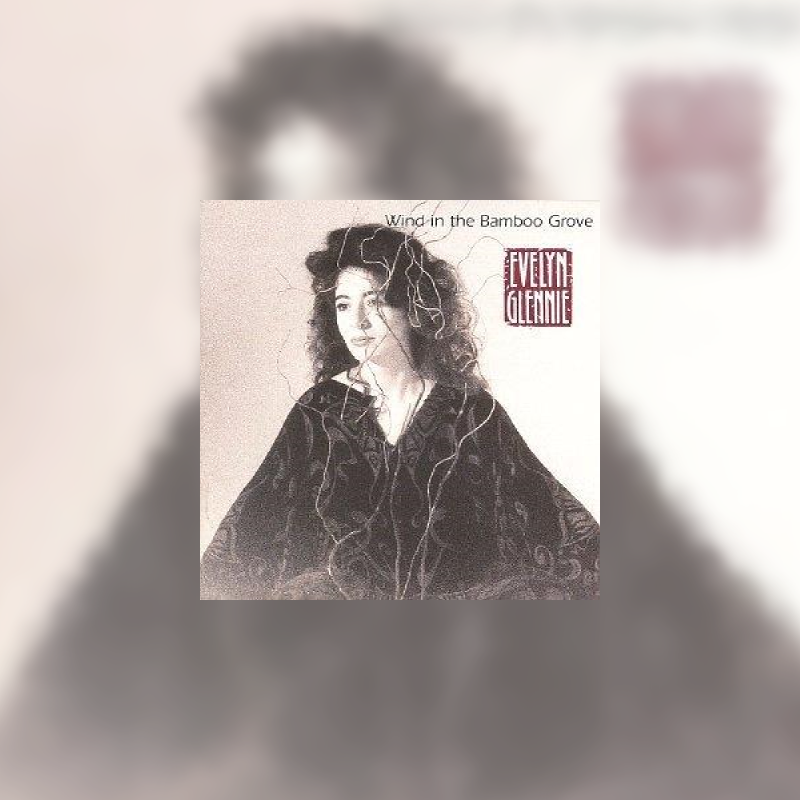 Wind in the Bamboo Grove

About
In a very short space of time, Evelyn Glennie has established herself as a consummate musician. She is believed to be the first full-time solo percussionist in the world. Her outstanding international career has brought into the musically rarified atmosphere of the classical concert hall an audience whose tastes range from the esoteric avant-garde to the immediately accessible.

Wind in the Bamboo Grove stands as a tribute to that success, bringing some of the best music from the Far East to the ears of Western audiences. Joined by a host of other fine musicians, Evelyn takes us through the soundworld of her marimba teacher, Keiko Abe, and the captivating vistas of other composers. 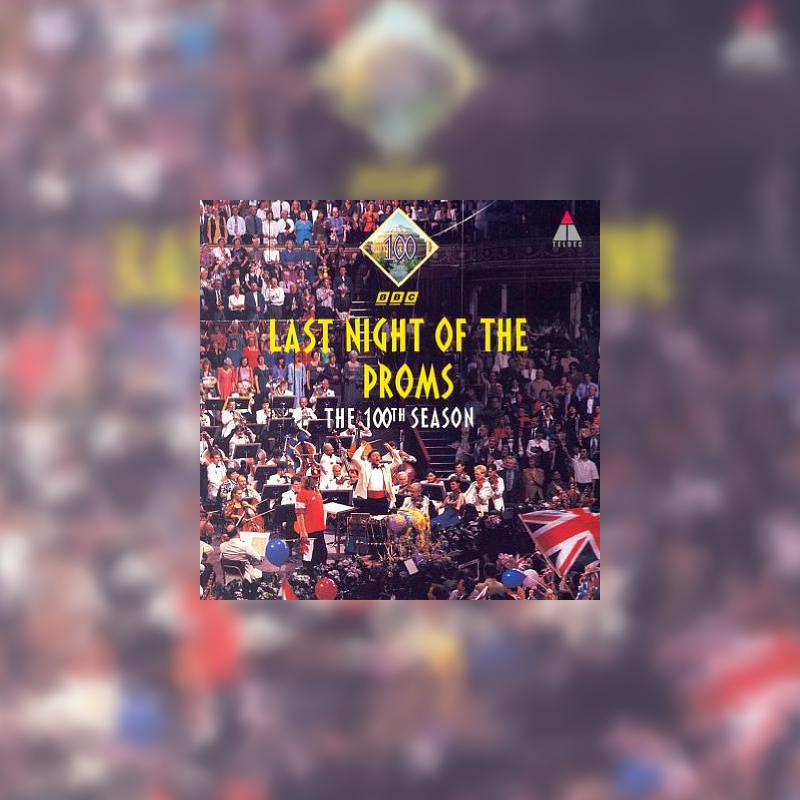 Last Night of the Proms: The 100th Season

About
In 1994 Britain celebrated the hundredth season of the best-loved of all its musical institutions, ‘The Proms’. The hundredth season’s concluding the concert – ‘The Last Night of the Proms’ – was conceived as a tribute to Proms founder Sir Henry Wood. The programme included Wood’s own arrangement of Bach’s famed Toccata and fugue in D Minor as well as perennial Proms favourite, his Fantasia on British Sea Songs. Wood was a great champion of new music and novelties, which led to the inclusion of Miki’s Marimba Spiritual, performed by Evelyn Glennie who gave the first ever performance of a percussion concerto at The Proms.
Repertoire
Bach/Wood: Toccata and Fugue in D Minor
Walton: Belshazzar’s Feast
Minoru Miki: Marimba Spiritual
Massenet: Méditation from Thaïs
Elgar: Pomp and Circumstance March No 1
Wood: Fantasia on British Sea Songs
Arne/Sargent: Rule Britannia!
Parry/Elgar: Jerusalem
Performers
Marimba: Evelyn Glennie
Baritone: Bryn Terfel
Conductor: Andrew Davis
BBC Singers
BBC Symphony Chorus
BBC Symphony Orchestra 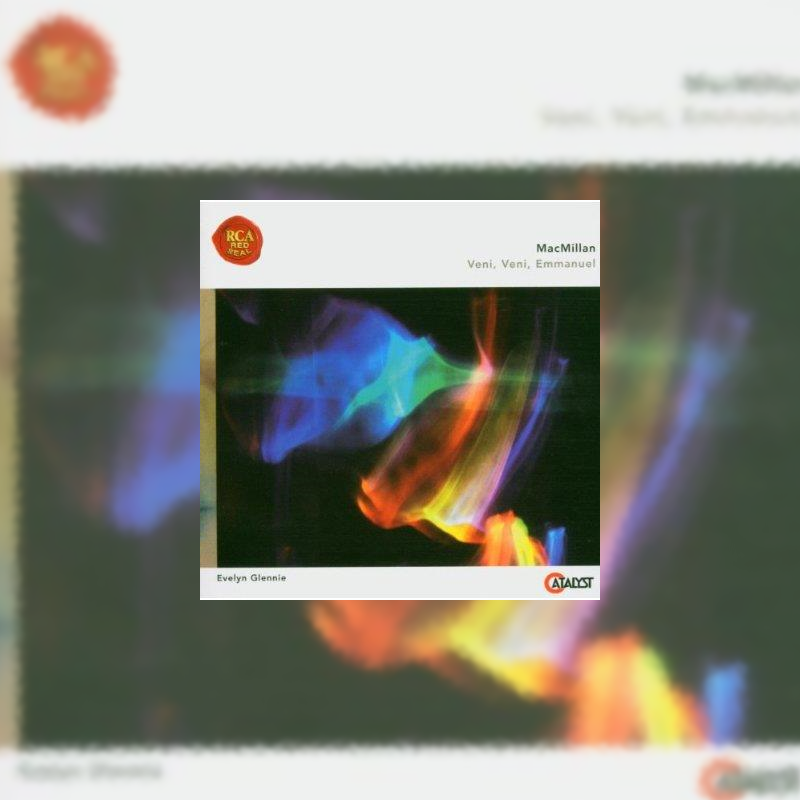 About
James Macmillan’s first concerto for percussion and orchestra, Veni, Veni, Emmanuel, was written especially for Evelyn, who gave the première in 1992 and has has performed the work many times since. One of the most popular concertos of modern times, Macmillan’s work is cast in a single movement and dedicated, touchingly, to his parents. Macmillan has based the music on the Advent plainsong with which the piece shares a name. Indeed, composition begun on the first Sunday of Advent in 1991 and concluded on Easter Sunday 1992. At the very end of the piece the music takes a corresponding liturgical detour, deriving its ideas from the Gloria of the Easter Vigil. On one level the concerto is purely abstract. On another level it explores the theology behind the Advent message.
Repertoire
Macmillan: Veni, Veni, Emmanuel
Macmillan: After the Tryst
Macmillan: …As Others See Us…
Macmillan: Three Dawn Rituals
Macmillan: Untold
Performers
Solo Percussion: Evelyn Glennie
Violin: Ruth Crouch
Piano: James Macmillan
Conductors: Jukka-Pekka Saraste & James Macmillan
Scottish Chamber Orchestra 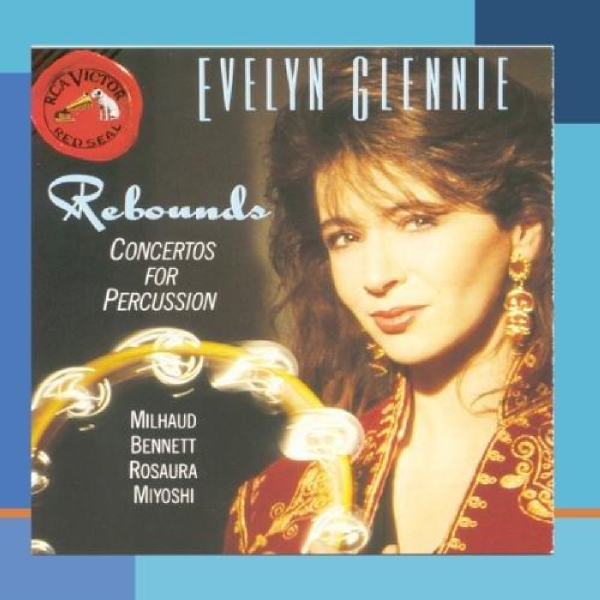 About
For centuries, the touring virtuoso displaying outstanding skill on a particular instrument has been a central feature of concert hall entertainment. Newcomers offer not only fine music, but also the attraction of hearing comparatively unusual instruments brought to the fore. Percussion virtuosi are among the latest to join the ranks of concertizing soloists and, among them, Evelyn Glennie blazes an unforgtable trail.

Rebounds presents a selection of fine percussion concertos from the 1930s right up to the 1990s. Infectious rhythms from jazz and traditional Brazilian music permeate this unforgettable album. 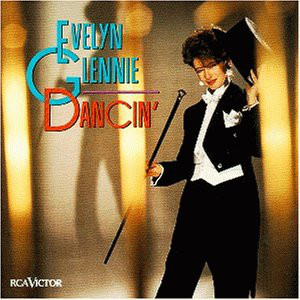 About
Dance is emotion expressed in movement. This album presents a mosaic of music – sounds as emotions – that has been created, or chosen by dancers, for Dancin’.
Repertoire
Performers
Solo Percussion: Evelyn Glennie
Conductor: Barry Wordsworth
National Philharmonic Orchestra

All tracks orchestrated by Gordon Langford 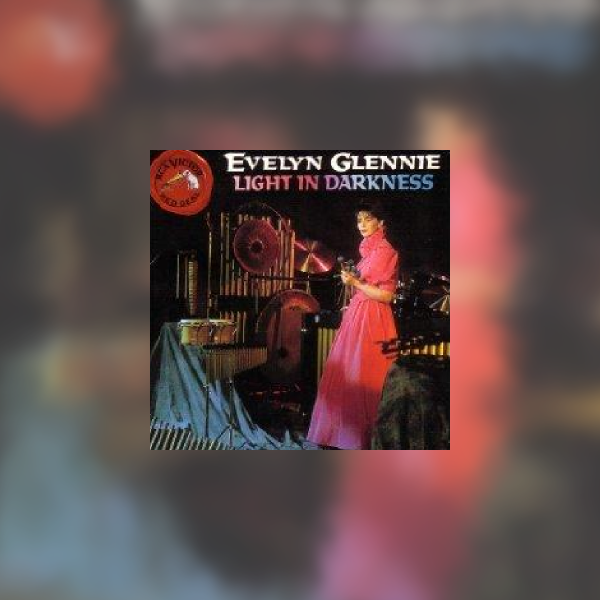 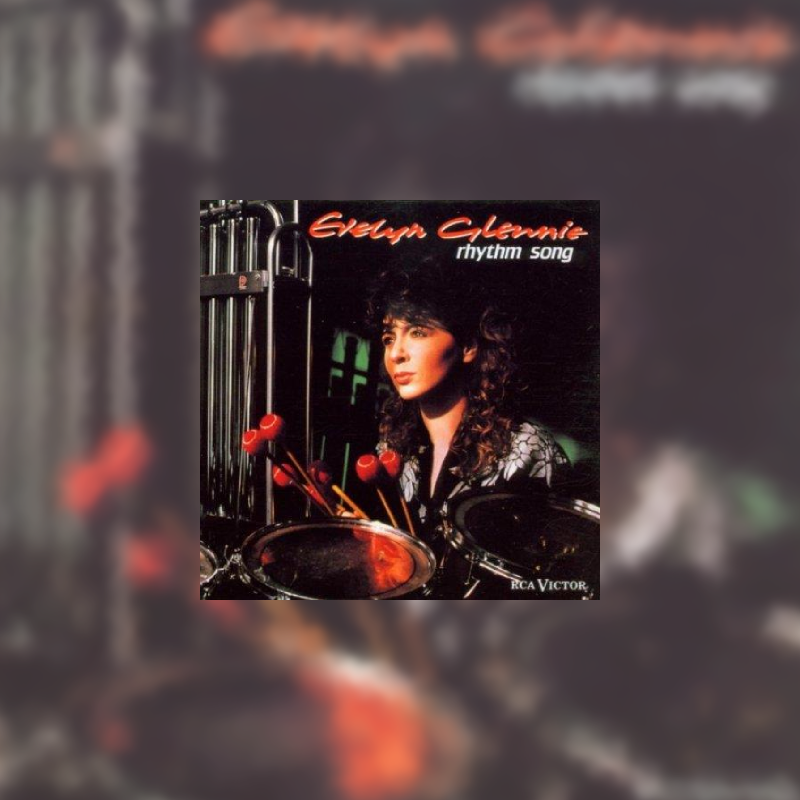 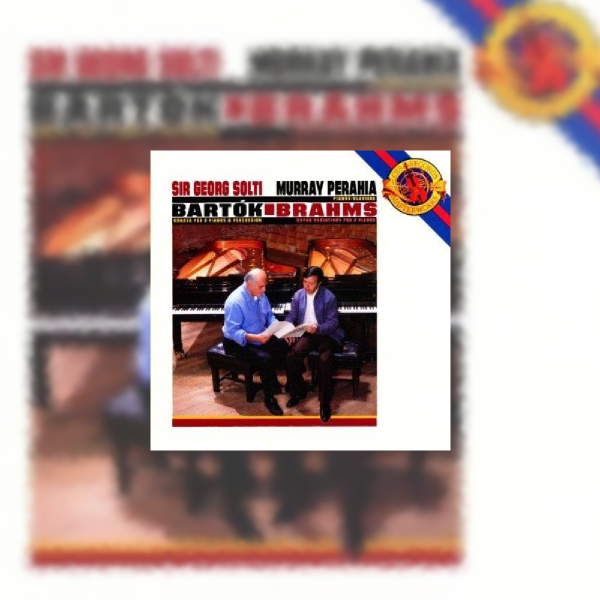