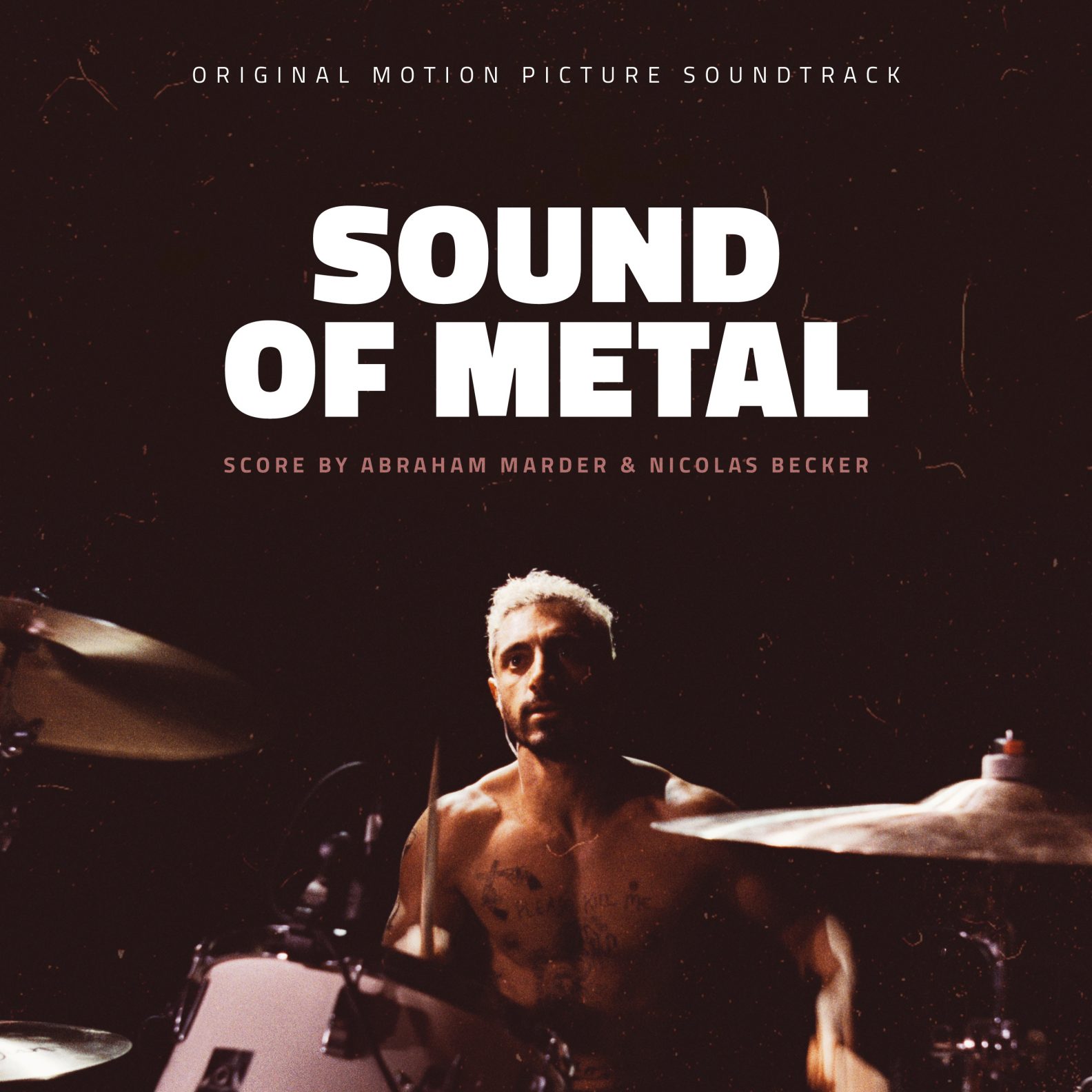 Sound of Metal, directed by Darius Marder and co-written by Darius and Abraham Marder, tells the story of Ruben, played by Ahmed, an iterant punk-metal drummer who begins to unravel when he suddenly loses his hearing and identity. film premiered in US theaters November 20, 2020 and on Amazon Prime Video on December 4 to tremendous praise, with the Los Angeles Times calling it “bruising, deeply moving,” adding, “the movie’s intricate sound design … is both an ingenious technical display and a compassionate feat of identification, a means of entering Ruben’s headspace as he slowly comes to grips with the unthinkable.”

Abraham Marder says, “As the film is an (unspoken) three-act structure of sound, it has long been my desire to create an album that could act as a both visceral and bittersweet reimagining of Ruben’s sonic journey. Blurring the lines between sound design and music, I worked with the Oscar-winning sound team and sound designer/composer Nicolas Becker as well as legendary deaf percussionist, Evelyn Glennie. The newly composed score was designed to be felt in your body as much as heard with your ears. The collection also features new eclectic recordings from the film such as Arthur H’s duet ‘Cet amour me tue’ featuring Martha Wainwright and produced by Thomas Bartlett.”

About Sound of Metal

During a series of adrenaline-fueled one-night gigs, itinerant punk-metal drummer Ruben (Riz Ahmed) begins to experience intermittent hearing loss. When a specialist tells him his condition will rapidly worsen, he thinks his music career—and with it his life—is over. His bandmate and girlfriend Lou (Olivia Cooke) checks the recovering heroin addict into a secluded sober house for the deaf in hopes it will prevent a relapse and help him learn to adapt to his new situation. But after being welcomed into a community that accepts him just as he is, Ruben has to choose between his equilibrium and the drive to reclaim the life he once knew. Utilizing startling, innovative sound design techniques, director Darius Marder takes audiences inside Ruben’s experience to vividly recreate his journey into a rarely examined world.Journal Articles:Album ReleaseArtist NewsGo to Sound of Metal’s page