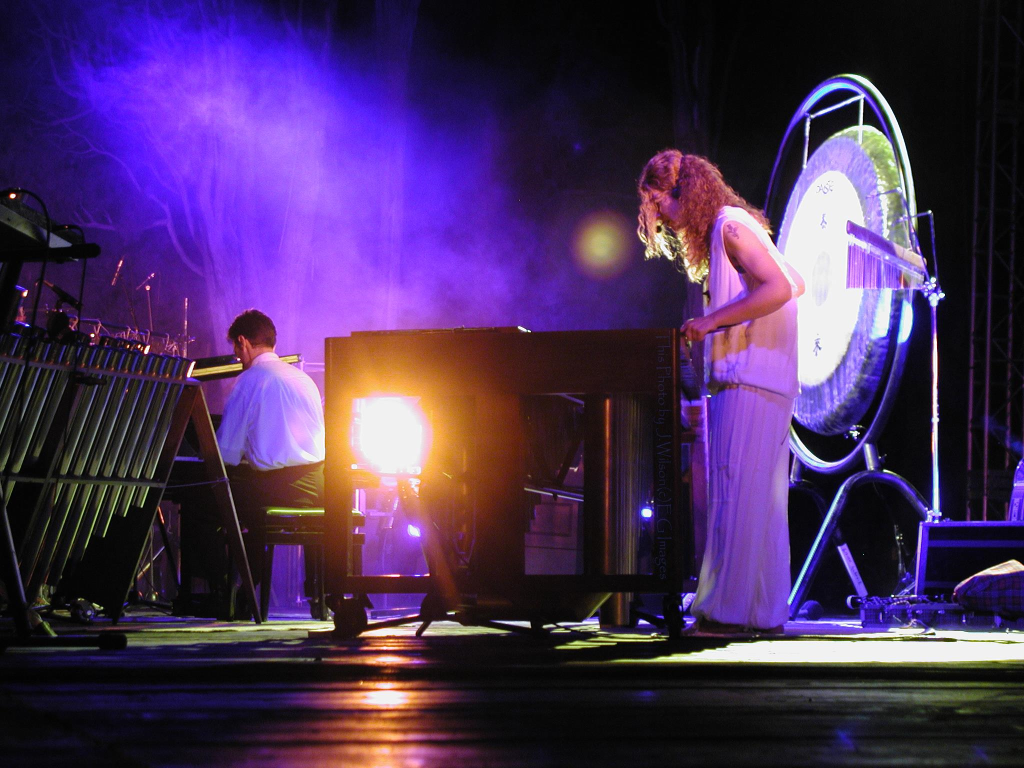 I recorded a CD titled Shadow Behind the Iron Sun in 2004. The recording was totally improvised which gave me the freedom to create onto a blank canvas.

Improvisation can be liberating and exciting but it can also be frightening at the same time because I am never sure where the inspiration is directly coming from. For me improvisation is about spontaneity and mood which can be triggered in many ways. The daunting aspect comes when there is an expectation of improvisation.

Last year I joined a group of musicians at Kings Place in London to perform improvised music to an audience who were watching old black and white silent movies. The event was titled Not so Silent Movies and it turned out to be enormous fun. The audience triggered the music for each set which ran through the films in all directions. We, the musicians, could see the films and the idea was to just play! The audience were invited to choose an instrument they wanted  to begin each set, which was extremely nerve racking as each of us wondered who they would chose next!

There is also a shadow that occurs before an improvised performance. it can drape like a cloak of anxiousness and concern about what will happen if I cannot think of something to play. As soon as the performance begins it evaporates and the creativity and music takes over.

It would be almost true of most musicians to say there is a nervousness prior to a performance – we are human after all! but for improvisation it can be different because there are no notes on the score spinning around in the head we will not have practised the pieces in advance and all we have to go on is the’ ideas’ that may come to us as the curtain goes up! I can tell you the’ ideas’ can be very elusive at that point!

I often tell an audience they are the inspiration, they provide the impetus to begin the process and the applause provides the energy to continue. The excitement builds in different ways depending on the audience. Some audiences are slow to respond but when they do it feels like a burst of sunlight. Others are exuberant from the outset and they keep the tempo buoyant throughout.

Another source of creativity comes from the instruments themselves as well as the collaborators. In the clip attached the set up was magical, the colours and sights of so many instruments positioned in front of me turned into a colour palette to create a supernova of music and sounds. Together with Trilok Gurtu and Fred Frith we created the spirit of Shadow Behind the Iron Sun – I hope you enjoy it and look forward to your comments.