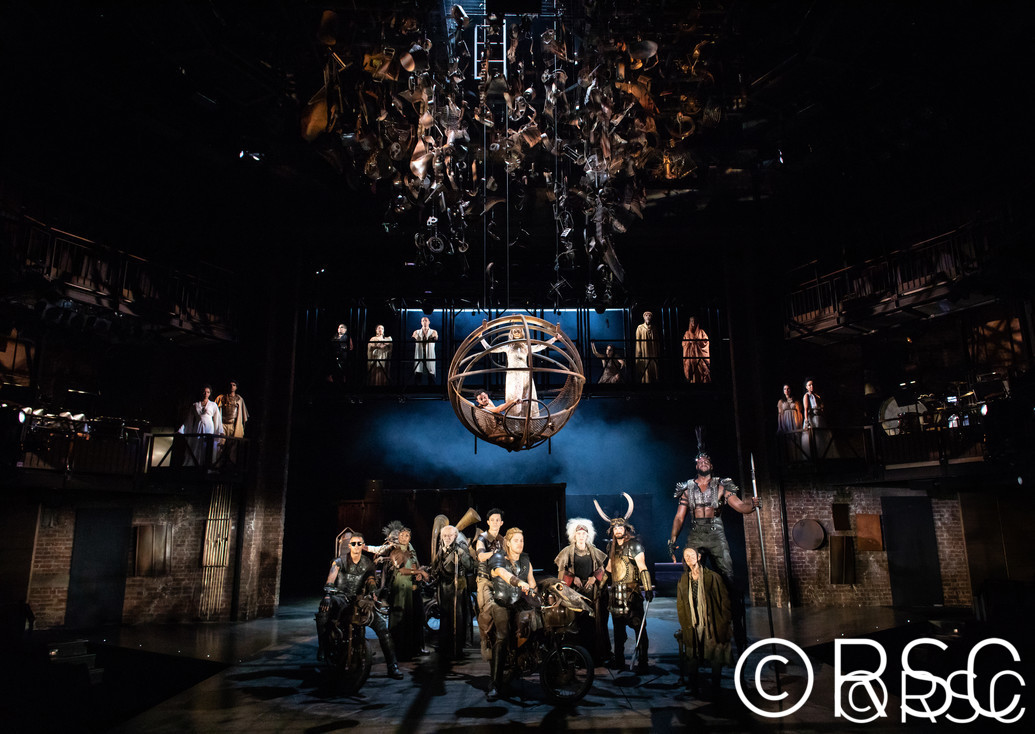 ‘I have made a sound-world resounding with the rhythm of battle!’

Evelyn is happy to announce the release of the CD recording of her score for the Royal Shakespeare Company’s Troilus and Cressida, directed by Gregory Doran. This was made at the Varda Studio for the RSC’s own label. The recording also includes selected speeches from the play and music by Humphrey Searle from the RSC’s 1960 production, directed by John Barton.

The CD can now be purchased here. 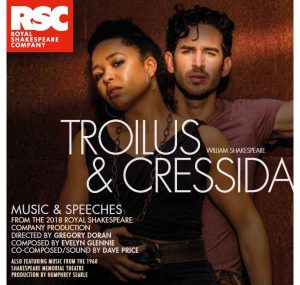 Evelyn reflects on writing this incomparable theatre score:
‘The ‘Mad Max’ approach to the play’s design, is ideal for the shapes, sounds and execution of percussion. Metallic sound-worlds compliment the hardness of the costumes, large containers, motorbikes etc. Percussion also brings out the more romantic, soft aspects of metal, particularly the sound of bells and the Aluphone. The whole set, in fact, becomes an instrument, producing sounds that are direct and surprising!’

‘The production marks the first time that (Gregory) Doran has worked with a composer from the design stage. Glennie’s music has led to the set being built with playable materials. “We have a series of boxes on the stage. Her suggestion was to build them so they would resonate, and could be played. They’re shipping containers, effectively, so that people could jump on them, tap on them.
He described how she drew a cello bow across “various big metal drums or oil drums” and created “haunting” sounds, and turned an old exhaust pipe into a makeshift instrument, making “nuanced and complex” sounds: “It’s a totally different experience.’’

The score has attracted significant attention among audiences and the press. See links below to Evelyn’s opinion piece on the composition process in The Stage, An Observer article on Musicians taking a central role at Stratford and a link to reviews, including those by Broadway World, The Evening Standard & WhatOnStage: