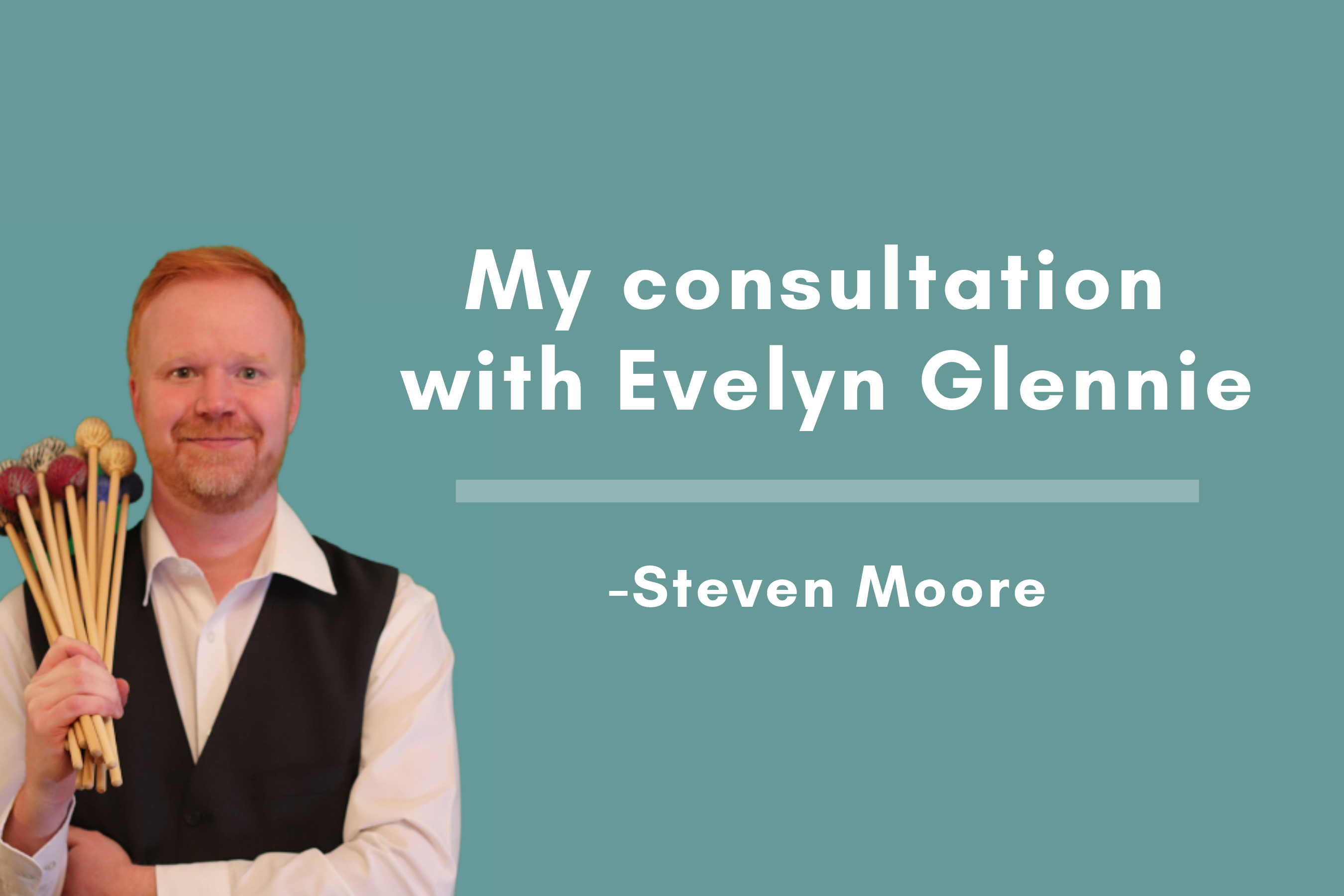 “After following Evelyn’s career for nearly all of my life, the prospect of meeting and having a consultation with her was an achievement in itself.  Whilst this could have been overwhelming, the moment we met I felt at ease and an amazing learning environment was created.

With my performance of Ney Rosauro’s Marimba concerto fast approaching, the piece I chose to explore, I knew Evelyn had performed it for many years.  Expecting stick instructions, I was surprised when during the consultation Evelyn did not tell me once that I must perform in a certain way.  The music was just instructions and the performer could explore this to create their own personal stamp on the piece.

After a discussion on the venue I was performing in, the brass band I was to perform with, and the instrument I would be using, we reviewed which mallets would be best for the performance.  Before we started on the concerto, Evelyn asked what I would do to warm up.  After saying I would normally play some scales and something chordal, to which she replied “ok” and moved on.  This left me perplexed, had I given the right answer or not? This was answered throughout the consultation as technical issues arose and for each a technical warm up was created.  Each of these were used afterwards to strengthen my performance, and also to allow me to develop the skill of creating technical exercises for future works.

As we progressed through each movement, a suggestion to create the most of each note and phrase was made.  During the first movement a two bar roll is played before moving up the instrument.  This was explored demonstrating various ways to make this personal, changing the striking point on the note, changing dynamics, speed of the roll and even dampening with the body.  This one note could be explored and used to invite the audience into an exciting new theme in the music. Advice continued throughout, analysing how to reflect the original arrangement with strings, changes in key signatures, changing style of playing and movement of my body.

Whilst hours of practice and rehearsals ensured a good performance would be delivered, this lesson changed me as a musician and was instrumental in the high mark I received.  I am looking forward to future consultations that will ensure my performance level increases further.”

If you would like to enquire about having a consultation with Evelyn, please visit our contact page and email a member of the team with your request!

Go back to Evelyn’s homepage