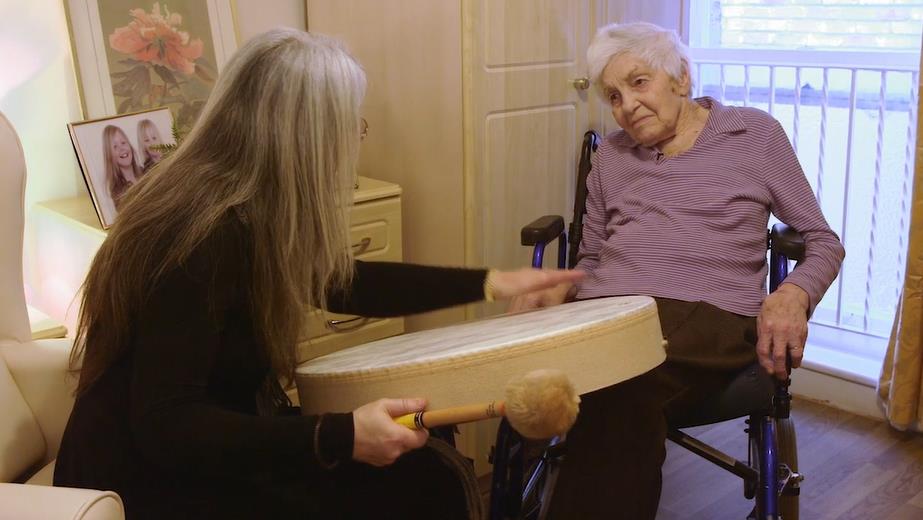 Evelyn features in the new documentary “Love Is Listening: Dementia Without Loneliness” by Memory Bridge, which is now available on Amazon Prime as of the 26th of June 2019.

Memory Bridge is a non-profit foundation which was founded in 2004, aiming to end the emotional isolation of people with dementia. The documentary strives to raise public awareness that genuine and meaningful communications can positively impact the lives of those with dementia. Currently, 70% of people know someone with dementia but research has shown that many people worry about what to say to those with the condition. This documentary aims to demonstrate ways a person can turn an awkward exchange into one that flows, is intimate and combats loneliness through companionship.

“Most people I meet in public relate to me as a professional musician. I have grown accustomed to that role almost as a second nature. The people with dementia whom I met in this project didn’t care about all of that, however. They freed me to experience things, including myself, in a new way. It was awkward at first relating to people who weren’t engaging with me in the socially predictable ways. But on the other side of awkward a whole new way of being together suddenly opened up. I was much poorer person before than I am now.” -Evelyn Glennie

How would you create meaningful communications?