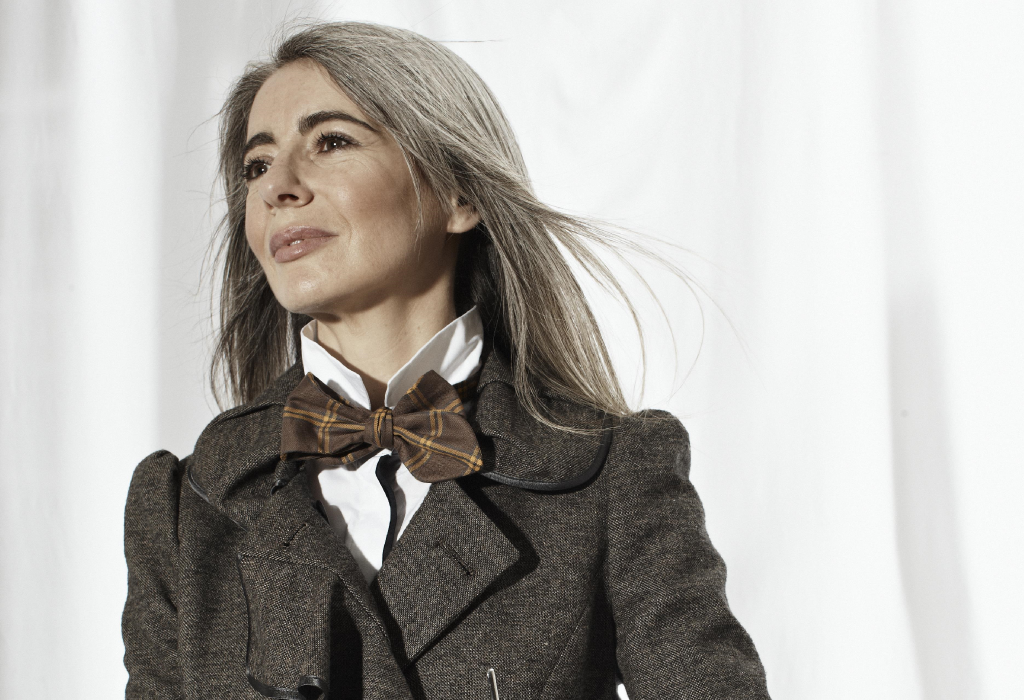 In a nonsensical way how often do you have a day or two when you feel as if you are in another dimension. Somehow you have wandered inadvertently into a cartoon or rhyme where nothing makes sense at the time or that you are seeing events around you but you are not participating in the traditional sense.

During a recent photo shoot for German fashion magazine Brigitte I found my thoughts wandering in the strangest directions.

The shoot was done at my new business unit in Huntingdon, Cambridgeshire using some of the instruments from my own private collection. The photographer, Philipp Rathmer, is a great professional and has photographed many celebrities including Lady GaGa, Steffen Hennsler and Wilma Elles and many others. And here he is photographing me warts and all!

To the reader of a magazine and to the observer of the photo shoot watching a person standing in front of a white screen, with a variety of interesting objet d’art dotted about, probably seems very glamorous. The reality is that this kind of thing can be very exhausting for everyone concerned not least of all the model as I quickly found out.

Those of you who follow me on Facebook and who have seen me perform in concert will know that I often perform with a whole gamut of instruments which require a great deal of energy. My need to pay attention to detail is critical too but on a photo shoot it is almost the opposite – keeping still, only being required to make small movements and smiling without a stimulant, laughing without a joke is very hard to do for a prolonged period – hats off to fashion models the world over!

As I stood posing for shot after shot I found my mind wandering to the strangest places. The room we were in has instruments all around and I remembered when I had last been in the room and had thought I had placed the instruments in order – so why had I left that crotale there? Where was the Loch Ness practice pad? and which box did I put the jewellery samples in? as I stood motionless these thoughts would pop in and out of my mind like bubbles! Had I put the tax disc in the car, left the gas on! Fed the cat and so on my thoughts trundled like an old cart on cobblestones!

Out of the corner of my eye I could see, and immediately wanted to wipe, the dust from a window sill close by me and I mentally logged a note to myself to get a duster when the shoot was over! Crazy stuff that fills and inhabits the brain when required to stand still!

In order to capture movement wind machines are used to blow air over the model to give the effect of movement but the difference between being out in a strong wind and having air blowing at the face is quite surreal – outside in a strong wind one can shake the head, turn or shelter unlike the intensity of a photographic studio where the idea is to remain statuesque as others control the movements. It is near impossible and now my nose itches!

Don’t misunderstand me, I thoroughly enjoyed the experience and the team were absolutely fantastic. I would like to say a huge thank you to Bäerbel Recktenwald, fashion editor for Brigitte. She really knows her stuff and is great to work with. Seeing how she works adds to the ‘nursery rhyme’ concept of creating a completely different world that floats within and around reality. Her team were like the cogs in a mechanical clock, working to and fro always synchronised, always in the right spot at the right time. And as the creator of Alice in wonderland would or should have said ‘We were done and dusted in time for tea’.

I recognise the process of being a model for the day or two is succumbing to vanity big time but I loved every minute of it and hope you enjoy the results!