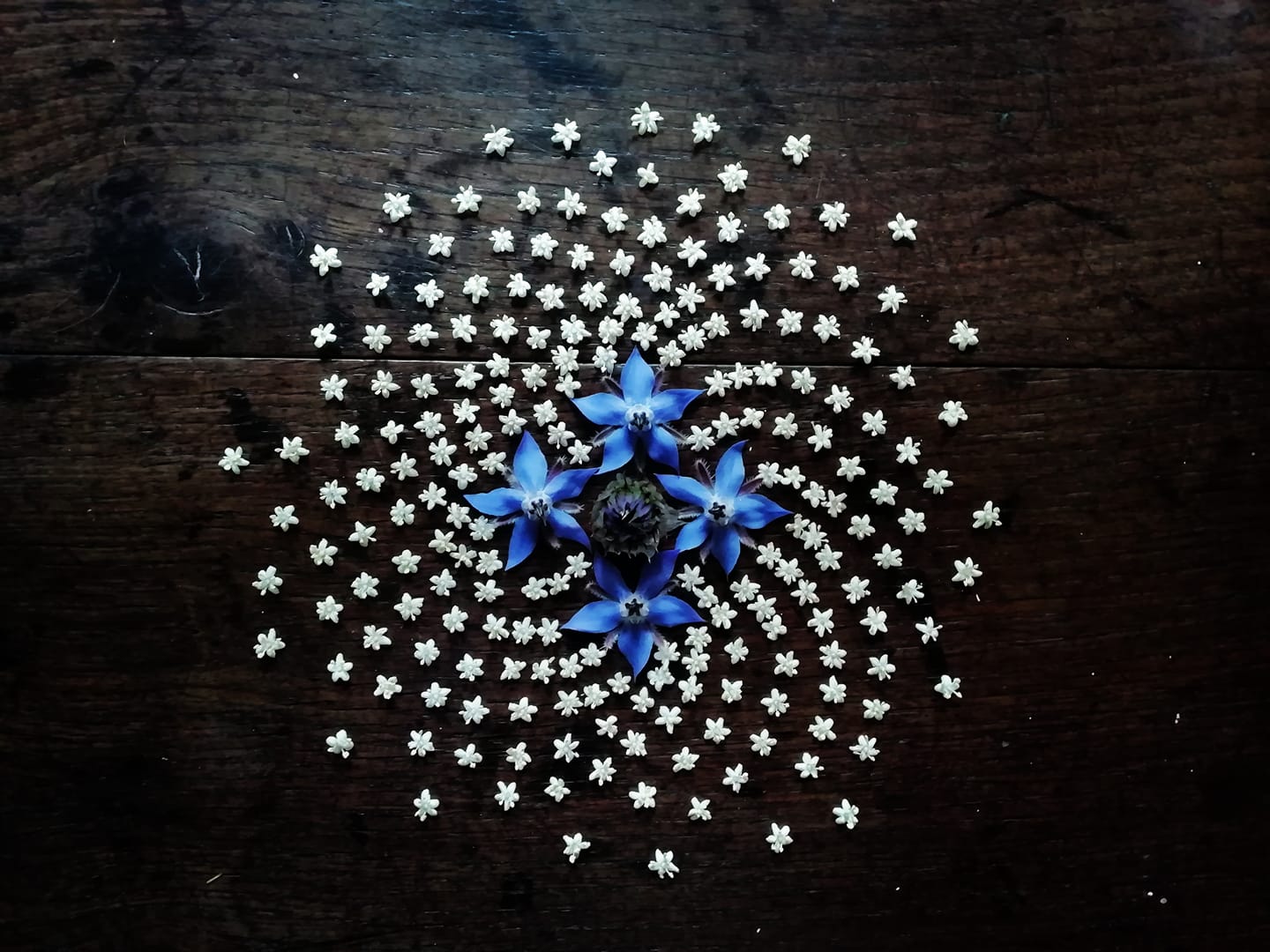 “Ever since I have known Evelyn offers online consultations to instrumentalists, I was wondering if she would also be interested in coaching singers like myself. I have been singing a particular genre of singing tradition; Georgian polyphony (mostly 3 parts acapella singing).  Like so many others, I have been inspired by Evelyn’s works and her special relationship with the world through vibrations. I have been working with the idea that singing does not just happen in my larynx but rather with my entire body as a resonating chamber of sounds and vibrations. And my focus of singing has been how to tap into the vibrational resources in my body to connect with other singers in order to have a satisfying singing experience. The science has proven that everything on earth is vibrating in the molecular levels and sounds travel as vibrations. So, it makes sense for me to approach music (and other area in life) in such a way.

So, I was excited to receive an email saying that Evelyn was interested in coaching me and my two singing friends, Fiona and Andrew even though she has never given a session to singers before. Prior to the session, we sent texts about Georgian polyphony, the approach we have been taking in singing and our intentions in having the session with Evelyn. We neither had a song to polish up for a concert nor a goal to achieve –  what we were interested in was Evelyn’s insights on how we can utilise our vibrational resources to feel a deeper connection between singers and to lift each other up while singing. Can we do less or more than what we are doing?

The most meaningful teaching to me happened quite early in the session; I was misunderstood. Now, this was entirely my fault as I used a word that had slightly different and specific meaning within our group to what is usually understood outside and I did not take time to explain it clearly to Evelyn at all. But what Evelyn gave us as a response to my misunderstood comment was far more interesting and enriching than what could have been if it weren’t that way! So, all three of us were delighted with the outcome of it at the end. Most importantly, it gave me a chance to think about what ‘listening’ meant to me. As I initially felt the urge of ‘wanting to be heard correctly’ rising in me, I realised that it was a familiar feeling I have had for all my life; “I have things to say.”, “I have a better idea.”, and so on.  I used to feel invisible and worthless when I felt I was not heard. But today, for once, I thought “why not to listen?” as the conversation evolved in a fascinating way. Putting my urge aside, why not to listen to Evelyn? The more I listened, the less pronounced my urge became.  How about listening to Andrew and Fiona? I was in a good company of trusted friends whose interests and passion I share with.  Not everything needed to be heard from my mouth. If there is a mutual trust between us, what we need to know would come up anyway. It is not about suppressing my needs to voice.  It is about recognising a time for voicing and a time for listening. We keep ourselves open to each other’s voices by listening and that involves listening to ourselves, too. I felt that my life-long urge of ‘wanting to be heard’ was, in fact, a desire from myself to me; I wanted to be heard by myself.

I also found Evelyn’s suggestion of working with the environment so useful, especially in the current climate. Since the pandemic, singing has become one of the most challenged activities. My vocal ensemble has been meeting up outside with socially distanced arrangements for the last few months but many of us found difficult to feel the vibrations or hear each other’s voices in this way. Besides, there is this tractor that seems to go around the field next door every time as soon as our rehearsal starts! So, one evening, we decided to stop fighting with the noise but try to incorporate the outside sounds into our humming. The result was amazing! The noise was no longer an irritating disruption but became an interesting mobile collection of multiple vibrations that we can play with our voice. Once we made peace with our surroundings, it was easier for us to experiment with being barefooted, moving around the space feeling different resonance while singing. It felt liberating as we let go of ‘what Georgian singing should look and sound like.’  I found the song became our song that fits into the shapes of our bodies. It may not sound as the same way as those amazingly well-built Georgian male singers sing but this ancient pre Christian song felt re-birthed into the shape of our bodies and somehow it did not feel any less authentic in the essence.

The most memorable moment of the session was when Evelyn suggested us to ‘go far’; go and listen to people who might seem least relevant to what we do. They might have something that enrich our singing. When she said that, I felt my eyesight was suddenly cleared and my horizon was much farther than what I thought it was. All three of us went to learn from song masters in Georgia and that has been undoubtably invaluable experience for us. But how about if we have lot more people we can learn from? Who knows what the storyteller in my village, a tuba player in a brass band or my own 6 years old boy can teach me about singing? I felt excited with the idea!

Unlike ‘hearing’, I think ‘listening’ is an act that involves the whole body. For instance, my eyes open wide when I try to catch a small sound. I am trying to ‘look’ the sound. I see a patch of dry grass in my garden and expect to hear a wispy sound from it. But when I get close to it, I found that I do not hear anything as the grass was too light to make any audible sounds to my ears. I ‘create’ the sound from my imagination.

This pandemic was the time for me to listen internally and externally. I had a lot of time to listen to myself – I had no excuse of “I don’t have time for this” while all my works were cancelled. I got to listen to other people, too. I did not know what wearing masks meant to people who have difficulty of hearing until now. (Having been brought up in Japan, wearing mask was normal to me.)  I did not know the frustration of people who had been denied the opportunities due to the various reasons they could not physically attend the jobs and classes now have accesses to virtual meetings and lectures within the short course of few months (despite the fact that they had been requesting it for so long.)

Now more than ever, whether you are a musician or not, I believe that Evelyn’s wish of ‘teach the world to listen’ resonates deeply into our gut. It is the time to respond to the call. And I feel Evelyn’s message is transmitted not only by words but also through her warmth and the joyous way she relates to the world by listening. When I realise that, I cannot help but listen.”

written by Mayumi Nakabayashi and shared here with her kind permission