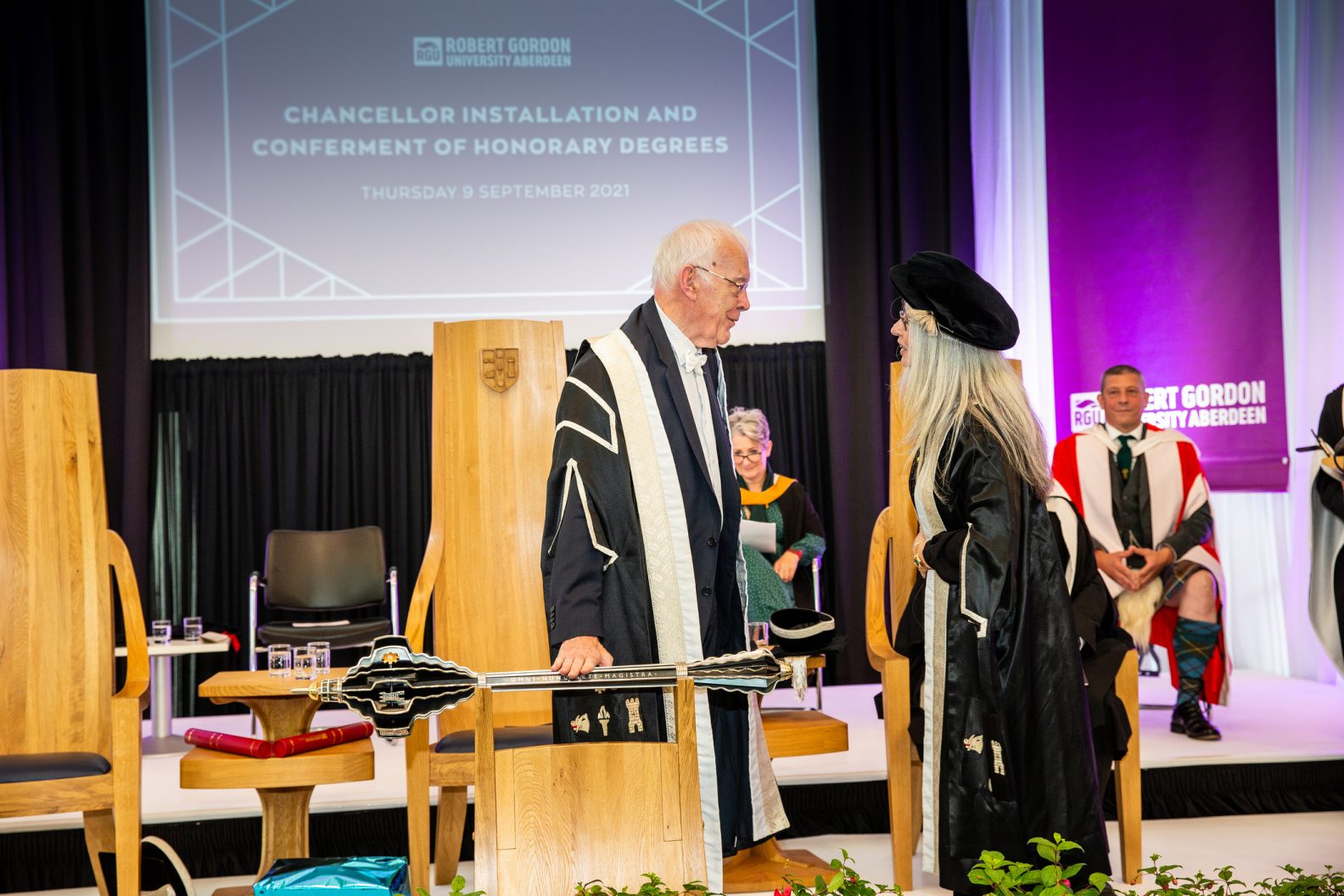 Dame Evelyn Glennie CH, who was awarded an Honorary Doctor of Music from RGU in 2016, has taken on the mantle of the new titular head of RGU. As Chancellor, Dame Evelyn will play a crucial ambassadorial role for the university, helping to raise RGU’s profile regionally, nationally and internationally, and building on the remarkable work of Sir Ian Wood.

After nearly two decades at the helm of RGU, Sir Ian Wood recently departed his role as Chancellor, leaving the University in a very strong position, having been named Scottish University of the Year 2021 by the Times and Sunday Times Good University Guide and Top Modern University in Scotland and the UK for student satisfaction. Sir Ian was appointed RGU’s second Chancellor and throughout his 17-years’ service, he has been an exceptional advocate for the University and played a pivotal role in helping raise its profile worldwide.

Commenting on her new role, Dame Evelyn said: “I am honoured to join Robert Gordon University as its Chancellor. It has been my life’s mission to widen access to music and use it as a medium to build social cohesion. I also know that listening is the key to inclusion and collaboration. RGU shares these values and I support the University’s ambition to eliminating barriers to higher education and widening participation among underrepresented groups.

“I intend to build on the work done by Sir Ian Wood to enhance RGU’s reputation. I recognise this is a great privilege and I am proud to represent the University not just nationally but on an international stage.”