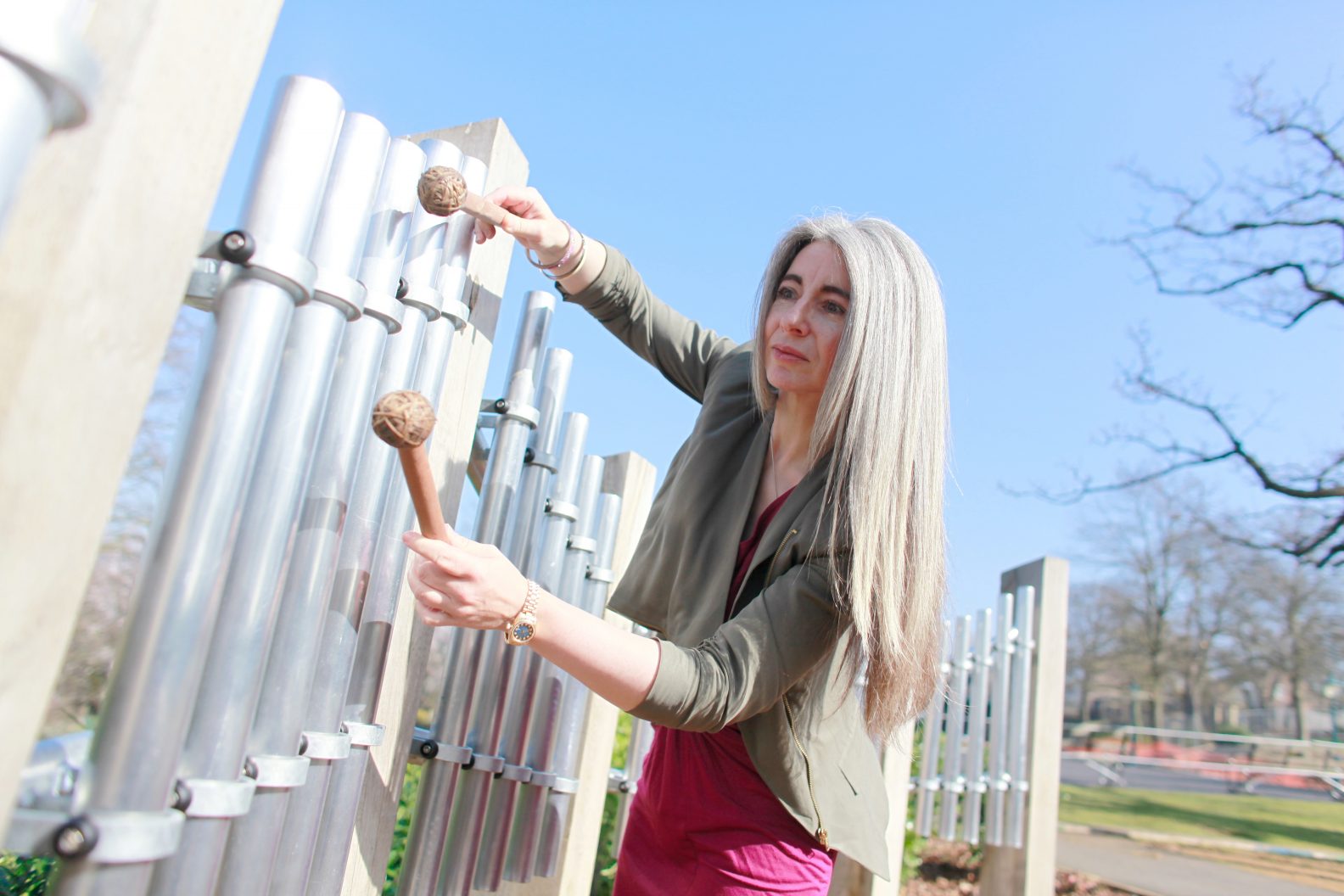 King’s Cross, the 67-acre development in the heart of London, has partnered with the UK’s leading charitable funder of new music and talent development across all genres, PRS for Music Foundation, to select their first musician in residence for the neighbourhood, for twelve months.

Almost 100 music creators were whittled down to three finalists by a panel of expert judges, with Evelyn being chosen by the residents, students and workers on the King’s Cross site, through an online vote.

The King’s Cross Musician in Residence has been established to enable a UK-based music creator to explore, write and perform new music whilst based at the King’s Cross site in London for twelve months.

Working alongside Jill Jarman [composer], Christopher Lloyd [historian/publisher] and Tim Steiner [outreach professional], Evelyn will spend her residency talking to the companies, educational institutions and people living and working in the area, to create new music that will involve and resonate with them, culminating in a final performance at the end of the residency.

“I am hugely honoured and humbled to be chosen as musician in residence by the local King’s Cross community. Listening will be the core of my residency and I plan to get into the heart, beat and pulse of the people and the landscape thus, to embark on this journey collaborating with broad-minded people whose aim is to make a difference is immensely exciting. Together we will help build a legacy that can be shared by all curious about King’s Cross.”

“We’re very excited about working with Evelyn Glennie, and are honoured that she will be the musician in residence at King’s Cross for the next twelve months. It’s important to us that the people who are helping to make this area so great will have a chance to create a brand-new piece of music to express their connection with the neighbourhood. We look forward to an exciting twelve months ahead.”

“Huge congratulations to Dame Evelyn Glennie for being voted as musician in residence by the local Kings Cross community. This is a fantastic opportunity for everyone living, working and studying in this area to be part of a creative project led by a multi-award winning music creator. I look forward to tuning in to the stories, music and sound that this project generates over the next 12 months and to seeing how this comes together in a final performance involving the broad range of people that Evelyn is keen to work with – from commuters and school children to employees of companies based here (including PRS for Music!”

The King’s Cross Musician in Residence program will run from January 2017 with a performance taking place at the end of the residency.

To celebrate Evelyn’s residence PRS has put together a playlist celebrating Evelyn’s work, listen to their playlist here.