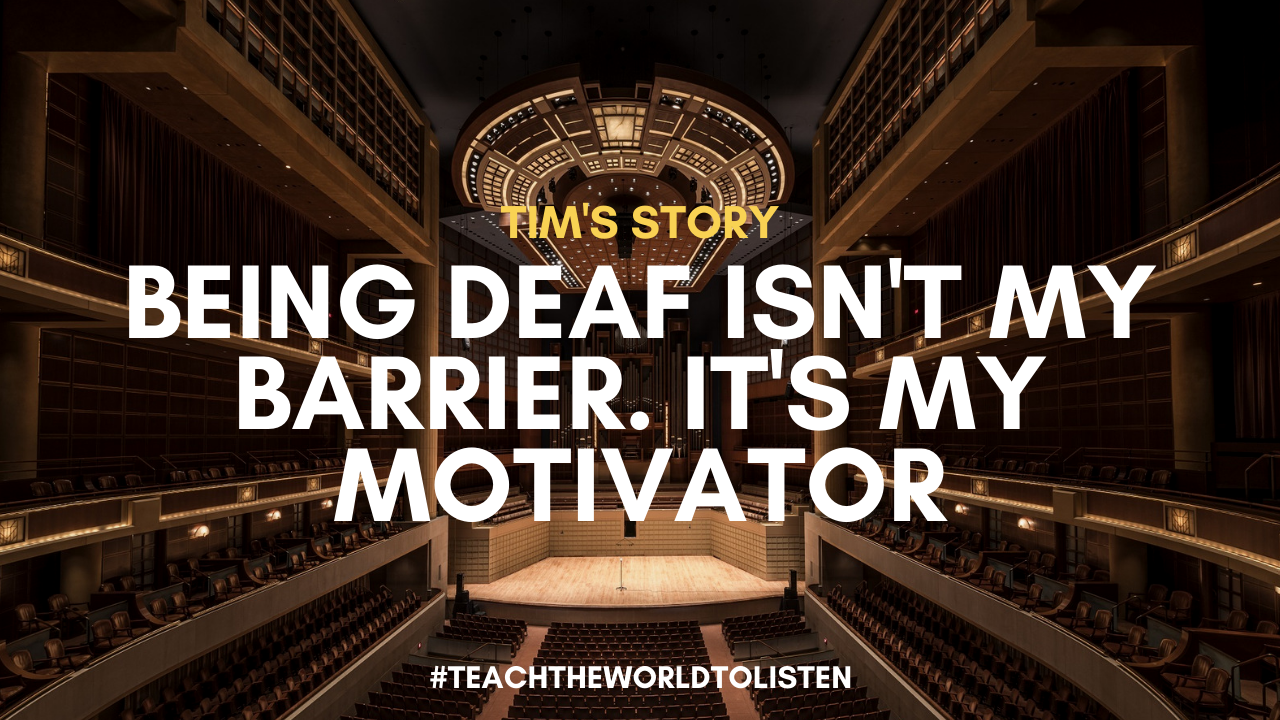 My name is Tim Grytz and I was born on the 13th of August 1995 in Stolberg, Germany.

I lost the majority of my hearing at birth. My lungs did not fully develop and caused me extreme breathing problems. I was put in an incubator with a breathing machine and received extremely strong medication which although saved my life, caused my hearing loss. I’ve now lost 77% in my right ear, and 85% in my left ear.

When I started primary school teachers were keen to send me to a ‘special school for kids with hearing loss’ because my current school had no experience dealing with a deaf child. My parents were against this idea and fought for my corner – they wanted me to have the same opportunities a hearing person would have, and not be treated any differently. Thankfully, I remained.

Growing up I would always play percussion on the cooking pots in the kitchen until they were damaged. My farther eventually decided to go out and buy an old snare drum when I was just four years old and by the time I was 6, I had my very first drum kit. I was mainly into percussion because my father is a tuba player in the Police Windband of Nordrhein-Westfalen in Germany. As a child, he would always take me along to the rehearsals and concerts. I was able to sit within the Orchestra whilst they played and I was fascinated by the percussion section. I was always drawn towards watching them. Then when I turned 7, I had my very own orchestra experience when I played in the Youth Windband in Aachen, Germany!

I graduated high school and took a gap-year working voluntarily for the German Red Cross as a driver for handicapped people. Originally I wanted to join the music academy for the German Military Band where you can study percussion at an official conservatory and be in the army at the same time. But because of my hearing loss, I wasn’t able to join despite passing my entrance exam for the academy of military band.

Thankfully, I can say that losing my hearing has not stopped me from doing anything because I eventually got accepted into the Conservatory (Hochschule für Musik und Tanz Köln – Aachen). I’ve taken massive steps since and have even won the audition for the percussion internship in the Sinfonieorchester Aachen. I’m really thankful for my great teacher Patrick Kersken, who always believed in me and for the amazing opportunity and chance that the Sinfonieorchester Aachen is giving me!

On the 1st of September 2019 I had my first concert as a percussion member of the Sinfonieorchester Aachen. This was an open-air concert with the wonderful Dame Evelyn Glennie. It was an overwhelming experience to play my first concert with the orchestra. Not only was that overwhelming, but to play with Dame Evelyn Glennie, who has been such a big inspiration to me over the years, was incredible. She has always showed that nothing is impossible, even with hearing problems!”