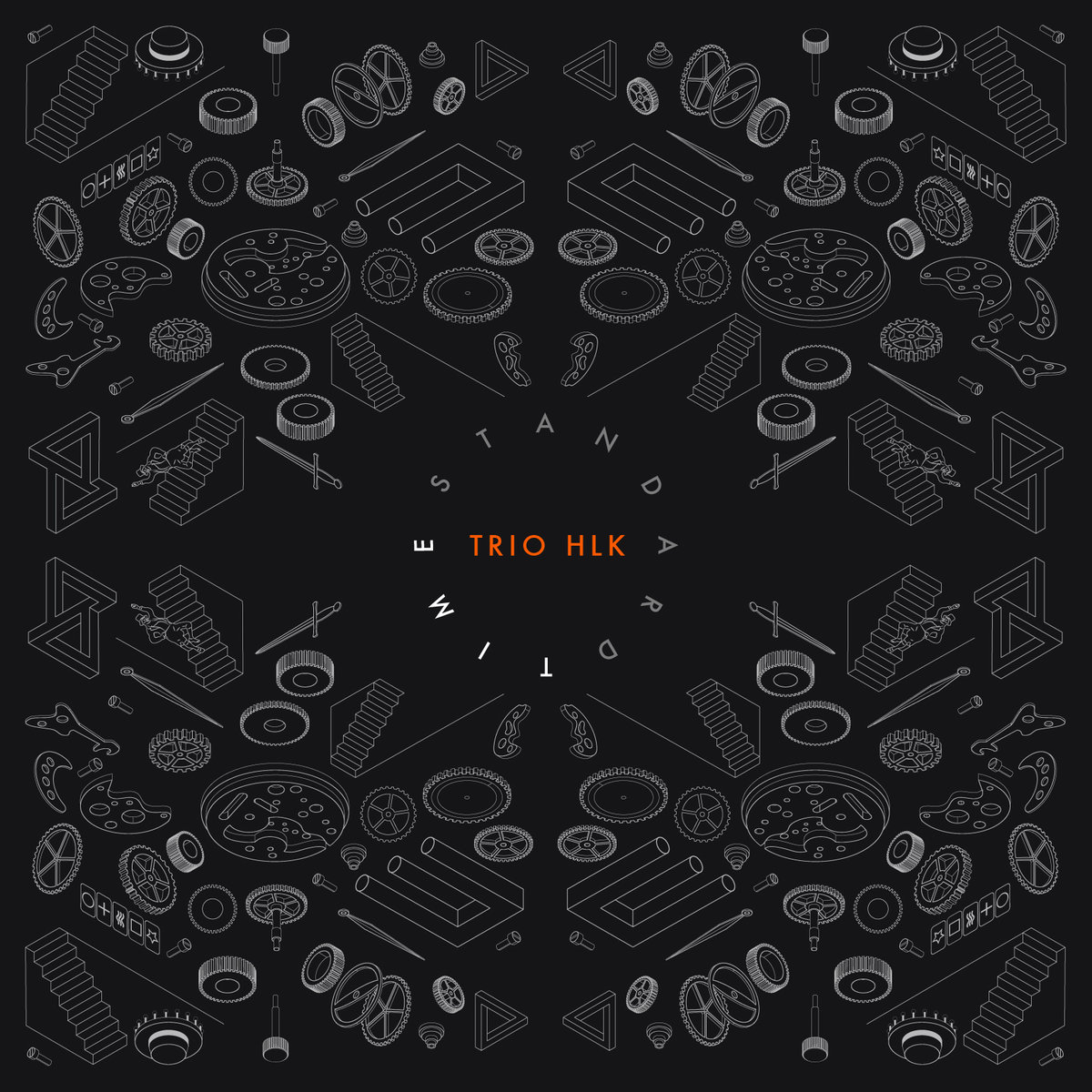 Breaking into this visceral sound world can be intriguing – even challenging – as its metronomic, mechanically-suggested and then spacial ambiences become strangely entrancing. Kass’s percussive steam is pivotal, drumming with a precision which might suggest it was electronically-generated were it not for the array of rhythmic tricks and ever-changing timbres; yet both Law and Harrold are just as involved in this undulating momentum as they weave their harmonic and melodic textures with invention.

Half of the album’s ten original tracks are subtly developed from fragments of jazz standards, the idea being that ‘the listener is led into distant territory by a familiar thread’. Perhaps most conspicuous are the familiar climbing and falling phrases of Jerome Kern’s ‘The Way You Look Tonight’ which inspire the flowing guitar and piano improv of trip-up, dubstep-like excursion Twilt (try spotting the sub-identity of the other four). But that’s where ‘standard’, as a concept, ends because Trio HLK pursue sinuous contemporary paths, their perceived unpredictability waymarked by unbelievably complex, pre-planned metrical switches and co-ordinated phrases.

Having Law on board – who usually mesmerises with his perfect fourth tuning across a six-stringed fretboard, let alone having eight – can infuse their work with a rockiness, as in gritty, wah-wahed Chewy; there’s also an Allan Holdsworthian rapidity to his deft improvisations in effervescent, angular Stabvest. Harrold’s meticulous flamboyance at the piano frequently appears Latinesque, especially when marking-out dazzling, octaved motifs in Dux; and in the expanses of both painS and Smalls, Lehman’s dry, hard-edged alto attack reinforces the jazz connection as he effortlessly interlaces or sails across the trio’s busyness (guitar and prepared piano combine, in the latter, to create superbly automated stop-start muted effects). Stealthy Extra Sensory Perception features Evelyn Glennie’s star-bejewelled vibraphone, then clanging marimba, as it excitedly fidgets and fights – even Glennie describes this as “a venture out of my comfort zone”; and it would be fascinating to learn which shred from one of J S Bach’s Cello Suites became transformed into the post-apocalyptic rock frenzy of The Jig.

Across its 67 minutes, Standard Time is urgent, elegant, dizzying, serene … and maybe unlike anything you’ve heard before.